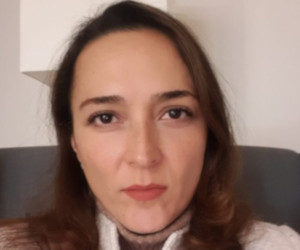 Carolina Garcés Monterrubio is Santander´s Global Head of Financial Crime Compliance. Carolina has over 22 years of banking experience; 19 of which are specific to financial crime prevention. Carolina has held multiple senior roles in global financial institutions such as HSBC, Goldman Sachs, BlackRock and RBS.

Carolina holds an MSc in International Money and Banking from the University of Birmingham in UK, a Diploma in Anti-Money Laundering by CASS Business School in London UK and a BA in Economics from ITESM Campus Mexico City. Carolina is a native Spanish speaker and is fluent in both English and German. 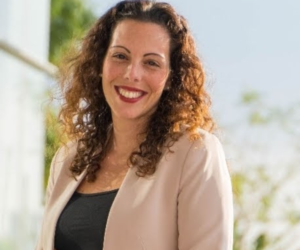 Karine is a senior cybersecurity manager with vast experience and understanding of the cyber warfare ecosystem, on both corporate and National levels.

In her current role, Karine is working on identifying Innovative solutions for cybercrime prevention, and work with internal and global stakeholders to increase effectively information exchange and data analytics.

Prior to joining Citi, she worked at the Israel National Cyber Directorate, where she founded and managed the Operational Cooperation unit. During this role she worked closely with Government agencies worldwide, and established tailor made collaborations to prevent cybercrime from occurring with financial institutions and other Global industry stakeholders.

She began her career at the the Israel Security Agency, and continued her journey working for the private and Government sector promoting multi-national projects related to cybersecurity and HLS.

Being a top priority, in the past few years, Karine promoted local initiatives to empower younger girls to achieve their full potential, and encourage technological leadership.

Karine is an 8200 Intelligence Unit veteran and holds a MA in Defense & Intelligence studies from the Bar-Ilan University and a Political Sciences BA diploma from the Tel Aviv University. 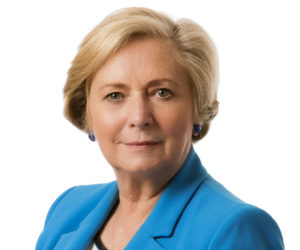 Member of the European Parliament
Former Minister for Justice, Ireland

Frances Fitzgerald is a Fine Gael MEP for Dublin City and County. She is a member of the ECON (Economic & Monetary Affairs) Committee, FEMM (Women’s Rights & Gender Equality) Committee and DEVE (Development) Committee. Frances also serves as the lead coordinator for the European People’s Party on FEMM.

She most recently served as Tánaiste (2016-17), one of only four women to have ever held this position. She has also served as Minister for Business, Enterprise & Innovation (2017); Minister for Justice & Equality (2014-17) and was the State’s first Minister for Children & Youth Affairs (2011-14).

Frances has a clear record of delivering change and reform in Ireland stemming back to her education and early career.

Raised in Stillorgan, she was educated in Dominican College Sion Hill, Blackrock and the London School of Economics.  She worked as a social worker and family therapist for ten years in Ballymun Child & Family Centre and in St. Ultan’s Children’s Hospital, St. James’ Hospital and the Mater Hospital. She has also worked in inner city communities in both Dublin and London.

​Prior to her election to the Dáil, Frances served as Chair of the National Women’s Council of Ireland (1988-92) and Vice President of the European Women’s Lobby. She was also a founding member of the Women’s Environment Network – as it was known then.

Before Fine Gael entered Government in 2011, she served as Leader of the Opposition in Seanad Éireann (2007-11). 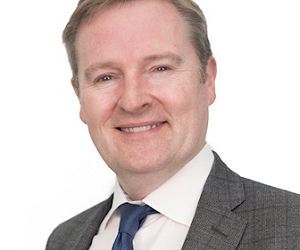 Paul is the Chief Information Security Officer at Barclays Europe, Barclays Europe Country Lead Ireland, Managing Director of Security Operations and Intelligence and a Director of the Cyber Defence Alliance in the City of London. Paul has been working in the area of Cyber and Fraud since 1996 and has been leading on a Cyber, Fin Crime and Cyber Fusion programme at Barclays.

Paul joined Barclays from the European Cybercrime Centre in The Hague where he was Head of Cybercrime Operations and Intelligence at Europol, European Law Enforcement Agency. While in this post Paul coordinated joint USA and EU Law Enforcement operations against the botnet infrastructure of organised cybercriminal gangs, darkweb paedophile networks and internet fraudsters.

Paul was founding chairperson of the Europol’s European Cybercrime Training and Education Group (ECTEG) and he was also founding Vice-Chair of the European Union Cybercrime Task Force (EUCTF), a group made up of all the Heads of Police Federal Cybercrime Units across the EU.

Paul is a graduate of UCD, where he was also co-founder of the UCD Centre of Cyber Security and Cybercrime Investigation. 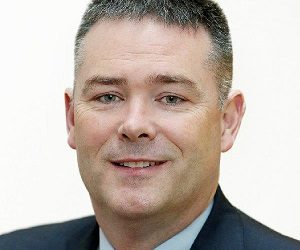 Detective Chief Superintendent Michael Gubbins is the current Chief Bureau Officer of the Criminal Assets Bureau (CAB). He has been a member of an Garda Síochána for over 30 years, during which time he has worked as a Detective Garda, Detective Sergeant and Detective Inspector at the CCIU. In 2016, Michael was appointed as the Detective Superintendent in charge of the newly formed Garda National Cyber Crime Bureau (GNCCB). During his career, he has represented an Garda Síochána on various Europol & European Cybercrime Centre (EC3) fora including the European Computer Training and Education Group (ECTEG), European Multidisciplinary Platform against Criminal Threats (EMPACT) and the European Union Cybercrime Task Force (EUCTF) of which he is a previous Chair and board member.

In May 2020 Detective Chief Superintendent Michael Gubbins was appointed as the Chief Bureau Officer of the Criminal Assets Bureau. The Bureau’s remit is to target a person’s assets, wherever situated, which derive, or are suspected to derive, directly or indirectly, from criminal conduct. Since its inception, the Bureau has fought organised crime in this jurisdiction and disrupted the activities of criminal gangs by depriving them of ill-gotten assets.

Michael holds a Masters in Forensic Computing & Cybercrime Investigation (MSc FCCI) from University College Dublin, a Postgraduate Diploma in Serious Crime Investigation from the University of Limerick and a Professional Certificate in Governance from the Institute of Public Administration. 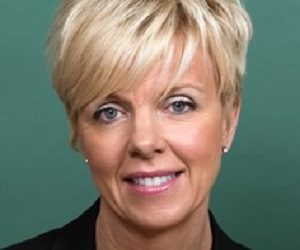 Karen joined UK Finance in October 2020 as Managing Director for Intelligence Strategy.  Prior to this she was a police officer for nearly 29 years, starting her career in the Royal Ulster Constabulary and retiring from the City of London Police.  Her final policing role was Commander and National Coordinator for Economic Crime across UK Policing.  Karen’s responsibilities included Complex Fraud, Money Laundering, Overseas Anti-Corruption, Intellectual Property and the Economic Crime Academy.  She deputised for the National Police Cyber lead and led on the ‘Protect strategy’ for cyber policing across UK.

As an investigator Karen has led and been operationally involved in virtually all aspects of serious crime investigations from organised criminality to safeguarding, murder and kidnap.

Karen has been key in areas of leadership including diversity and inclusion and the development of women and other minority groups across policing.  She has a degree in Social Policy and holds a (Mst) with the University of Cambridge. 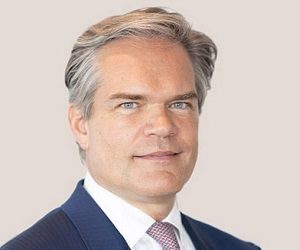 Stefan Simon was appointed as a member of the Management Board of Deutsche Bank AG on August 1, 2020. He is Chief Administrative Officer (CAO) and is responsible for Regulatory Affairs as well as for Legal and Governance.

In May 2021 he took on additional responsibility for Compliance, Anti-Financial Crime and the Business Selection and Conflicts Office.

Mr Simon joined Deutsche Bank on August 1, 2019. He was a member of Deutsche Bank’s Supervisory Board from August 2016 until July 31, 2019 and was Chairman of its Integrity Committee.

He is a lawyer and tax consultant and between 1997 and 2016 worked at law firm Flick Gocke Schaumburg, where he became a partner in 2002. Since 2008 he has also been an Honorary Professor at the University of Cologne.

Mr Simon studied law at the University of Cologne and received his doctorate there in 1998. 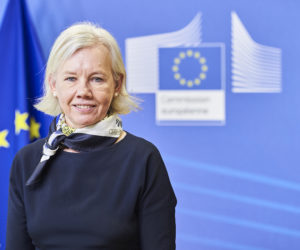 Alexandra Jour-Schroeder is a graduate in law. Following initial assignments in the German federal government, she started working for the European Commission in 1996, holding several positions in competition, enterprise and industry policies as well as justice. From 1998 to 2007, she was Member of Cabinet for the Commissioners responsible for regional policy and justice and home affairs and for the Vice-President for enterprise and industry. Since 2017, she has been the Director for Criminal Justice in the Directorate-General for Justice and Consumers, working inter alia on the establishment of a European Public Prosecutor´s Office and Anti-Money Laundering policies. From 2018 to 2021, she was also overseeing consumer policies as Acting Deputy Director General in DG Justice and Consumers.