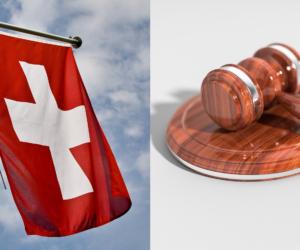 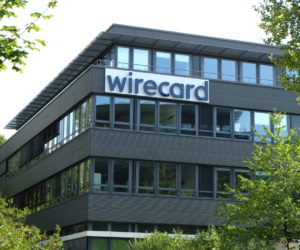 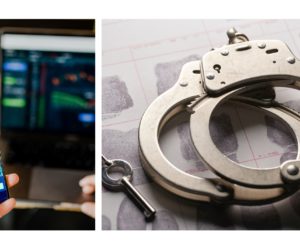 By Elizabeth Hearst and Alisha Houlihan for AML Intelligence

MYANMAR was today (Friday) put on the Financial Action Task Force’s “blacklist,” after the watchdog found there was a “continued lack of progress” by the country’s military junta in fighting financial crime.

The Democratic Republic of Congo, Tanzania and Mozambique were added to the FATF “grey list.”

There was good news for Pakistan and Nicaragua who were removed from the grey list.

However, delegates meeting in Paris still refused to kick Russia out of the FATF – although further restrictions have been imposed on Moscow.

“FATF reiterated its deepest sympathies for the needless loss of life, suffering and destruction caused by the ongoing Russian invasion of Ukraine,” the organisation said in a statement.

“Russia’s actions continue to violate FATFs core principles, which aim to promote security, safety and the integrity of the financial system. As a result of Russia’s continuing actions, the FATF has decided to impose additional restrictions on the country’s remaining role, including by barring them from participating in current and future FATF projects,” the task force said.

“Russia is also barred from participating in meetings of the FATF-Style Regional Bodies as an FATF Member,” the statement said.

These measures expand on the actions that FATF took in June, which stripped Russia of all its leadership roles among other restrictions. The FATF will continue to monitor the situation and consider at each of its Plenary meetings whether grounds exist for lifting or modifying these restrictions.

FATF members from more than 200 countries meeting in Paris also approved a report on the illicit proceeds generated from the supply chains for fentanyl and related synthetic opioids. They also discussed a report on money laundering through arts, antiquities and other cultural objects, which will be finalised by
February 2023

In North America, the non-medical use of fentanyl has caused a record
number of overdose deaths and a tramadol epidemic is having a significant impact on public health in parts of Africa. Across Asia also, more countries are also reporting growing numbers of cases.

Despite the majority of countries identifying drug trafficking as a major
predicate offence for money laundering, and the growing number of incidents leading to loss of life, investigations and prosecutions of laundering of proceeds from synthetic opioids trafficking remain low.

The FATF report, which will be published in mid-November, includes risk indicators that can help identify suspicious activity and makes recommendations on the best approaches to detect and disrupt financial flows relating to this illegal trade.

This includes training for law enforcement and prosecutors to better
understand the supply chain and the role of the pharmaceutical industry, international cooperation between source, transit and destination countries, and public-private partnerships to share red flag information and help the private sector better identify and report suspicious activity

Myanmar, formerly Burma, had consistently failed to address AFC deficiencies, said the agency. The country is widely seen as a narcotics and arms gateway where the junta lines its own pockets.

The global economy was called on to apply “enhanced due diligence” measures proportionate to the risks arising from the country.

When applying such measures, countries should ensure the flow of funds for “humanitarian assistance, legitimate NPO activity and remittances are not disrupted.”

The plenary meeting was attended by representatives of 206 members of the Global Network and observers, including the International Monetary Fund, the United Nations, the World Bank, and Egmont Group of Financial Intelligence Units.

Speaking at today’s press conference, President of the FATF, T. Raja Kumar said  those grey listed were added to the list due to “strategic deficiencies identified in the anti-money laundering (AML) and counter-terrorism financing (CTF) systems.”

The FATF President praised those “de-listed” for their efforts and said: “Nicaragua has taken steps to improve its systems including conducting more effective risk-based supervision effective team visits to the country and verify the reforms.”

He added after “a lot of work by the Pakistani authorities, they have worked through two separate action plans and completed a combined 34 action items to address deficiencies.”

He welcomed the “significant progress” however stressed this does not mean “there isn’t more work to do.”

“Pakistan will need to work with the fairest regional partner, the Asia Pacific group, to continue to strengthen its systems,” he said.

The President of the FATF said Myanmar was to be blacklisted for “failing to address a large number of strategic deficiencies” after spending two and a half years on FATF’s grey list.

“These were first identified in a report in September 2018. More than four years later, many of those issues remain as a result, further calls on countries to apply enhanced due diligence to business relations and transactions in relation to Myanmar,” he added.

Myanmar now joins North Korea and Iran on the black list under increased monitoring by the body, he called for this jurisdiction to ” to swiftly complete the targeted action plan to address the strategic deficiencies identified in the country,”

He emphasised countries must ensure there are “no blanket measures that disrupt the flow of humanitarian funds” or harm funding for ‘legitimate and pure activity.”