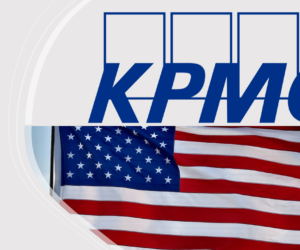 THREE YEARS after the European Union’s 5th AML directive was adopted many member-states are yet to transpose it to national law, exposing the bloc to a continuous inflow of dirty money, a global anti-corruption group has claimed.

Transparency International has called on the EU to ensure member states comply with anti-money laundering directives and make it easier for members of the public to access beneficial ownership registers.

In an article titled ‘404 Beneficial Owner Not Found’ published Wednesday, the group categorised EU members states according to their level of compliance with the 5th AMLD’s beneficial ownership requirements, shown below:

It said that while 24 out of 27 members states have some form of register in place, Hungary, Italy and Lithuania have not established any registers over a year after the transposition deadline.

Perhaps more troublingly, six additional countries — Cyprus, Czech Republic, Finland, Greece, Romania and Spain — are yet to make their registers public. While in most of these countries access to the data can still be granted to the media or civil society, TI says they need to prove they have a legitimate interest.

“In reality, these registration requirements are creating geographic access restrictions, in clear breach of EU rules, limiting the ability of foreign authorities as well as the public to seek and receive information on real company ownership.”

Public but not accessible

Using the example of Belgium, where access to the register is limited only to Belgian citizens or foreign citizens who possess a Belgian tax identification number, Transparency International said that some national practices defeat the purpose of a public register.

Access can also be restricted by the functionalities of the register, such as in Sweden, which requires the exact spelling of the name of the company as entered in the register. In Malta and Poland, searching for data requires knowledge of the beneficial owner’s personal identification number.

Bizarrely, Bulgaria requires searches for companies and beneficial owners to be carried out only in Cyrillic.

Denmark and Latvia are the only two European member states where the information in the register is available as structured data and in a machine-readable format — allowing the public to download the whole dataset.

Calling for swift implementation of the directive ahead of the new AML rulebook, TI said: “It is imperative that governments of Cyprus, the Czech Republic, Finland, Greece, Hungary, Italy, Lithuania, Romania and Spain fully implement the 5th EU AMLD and establish public beneficial ownership registers without any further delay.

“The easier it is for users to search on the register, analyse connections and cross-check the data with other relevant information, the more likely it is that authorities and other actors can identify red flags and potential wrongdoing.”

‘Glaring shortcomings’ ahead of AML rulebook

Last week, EU Commissioner for Financial Services Mairead McGuinness said at an AML Intelligence conference that total harmonisation across the bloc was “not really possible” with the risk-based approach that the Commission had chosen to follow.

But TI thinks the Commission has a significant opportunity to address these “glaring shortcomings” in the member states’ transposition of the directive.

“As part of the forthcoming anti-money laundering rulebook, the Commission should propose a set of guidelines to improve the availability of beneficial ownership data as well as to facilitate the interconnectivity of registers across the EU,” TI wrote.

“Unless these issues are addressed across the board, authorities and independent actors in the EU and beyond will continue facing difficulties in identifying the real individuals behind the companies that are used and abused to commit financial crimes – which means there’s no stopping the flows of dirty money in the EU.”

The single EU supervisor is expected to be up and running by 2024, fully staffed by 2025 and routinely supervising by 2026, according to McGuinness.