IN FOCUS: What the FinCEN leaks say about Deutsche, JPMorgan, Standard Chartered, HSBC and BNY Mellon - AML Intelligence Skip to the content

IN FOCUS: What the FinCEN leaks say about Deutsche, JPMorgan, Standard Chartered, HSBC and BNY Mellon 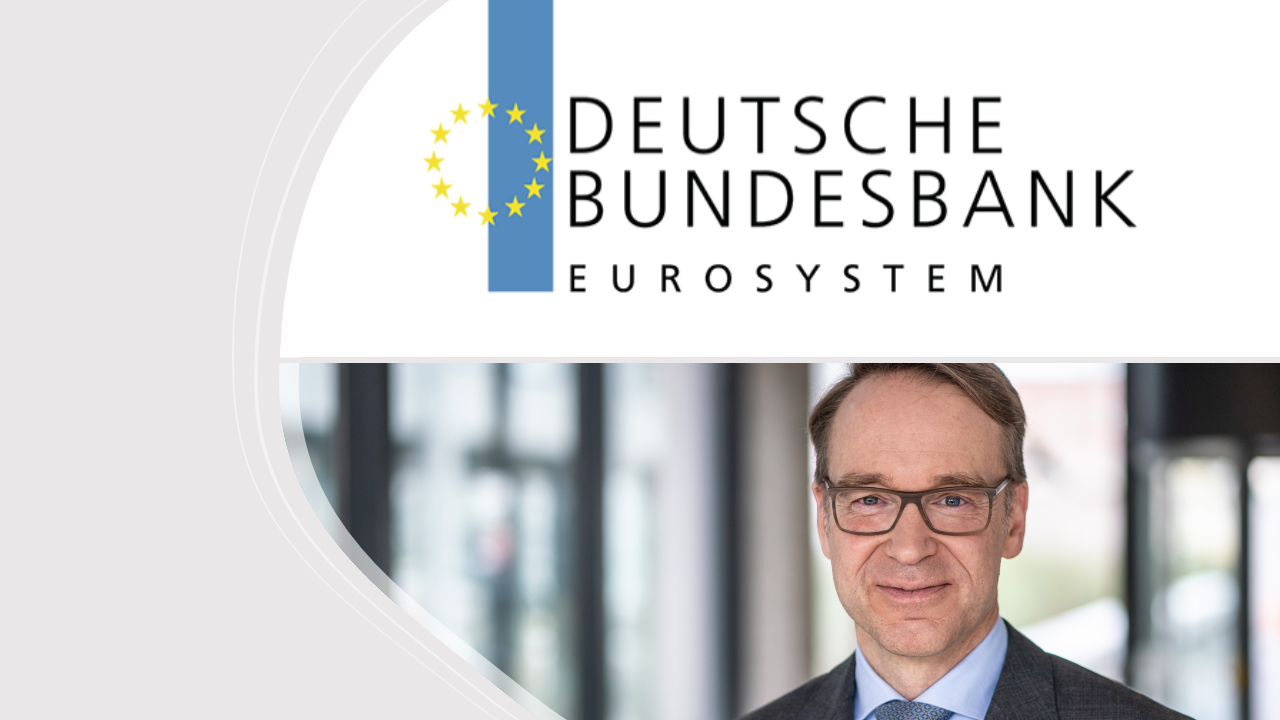 The FinCEN leaks allege that some of the largest banks in the world – JPMorgan, HSBC, Deutsche Bank, Standard Chartered and the Bank of New York Mellon submitted more than 2,100 SARs on potentially suspicious clients and transactions but continued to transfer enormous funds on their behalf.

Although SARs are not evidence of wrongdoing, the FinCEN files shed light on over $2 Trillion in transactions which were noted by banks financial compliance officers as potentially suspicious over an eighteen year period.

With estimates that over $1 Billion a month in illicit funds being funnelled through banks and financial institutions, over 400 journalists from 88 countries investigated the data dump over the past 16 months, and their findings provide a damning report into at least historic goings-on at some of the world’s top financial institutions.

Who are the banks named?

Of these transactions, Deutsche Bank’s SARs account for $1.3 Trillion in  value, and make up 982 of the 2100 SARs released by the papers. The German global investment bank is no stranger to controversy and money laundering failures, as it was slapped with a $258 Million fine for its dealings with US sanctioned countries including Syria, Libya, Iran, Sudan, and Myanmar.

The FinCEN documents allege the bank continued to transfer suspicious monies following this settlement. Of these allegations, the FinCEN documents allege that a US affiliate of Deutsche Bank, Deutsche Bank Trust Company Americas (TCA) submitted a SAR about a company linked to Reza Zarrab, an Iranian-Turkish gold trader who pleaded guilty in 2017 of helping Iran evade US sanctions.

Zarrab admitted he paid more than $50 Million in bribes to Turkey’s finance minister in 2012 in conspiracy with an executive at Turkey’s majority state-owned Halkbank to assist Iran evade sanctions by using fraudulent gold and food transactions.

The SAR submitted by Deutsche Bank’s US affiliate highlighted the activity of Nadir Döviz between March 2016 and February 2017. Döviz, a company associated with the gold trade, was transferred more than $28 Million and was implicated in a money laundering scheme.

The SAR alleged that there were intra-company payments between several Turkish banks to Döviz, because the “transactions originated from a high-risk country (Turkey)” and they were “multiple large, round dollar transactions” with “no commercial purpose identified through the transaction details”. One of these suspicious transactions relates to a $1.5Million transfer from Nadir Döviz in Turkey to Nadir Gold in Dubai in September 2016, with no reason provided for the transaction.

Deutsche Bank’s suspicious transaction trail also extends East, with leaked SARs suggesting the bank was used to evade sanctions in Russia, as well as Iran. As reported by DW, Surgutneftegas, one of Russia’s largest oil companies was sanctioned by the US in 2014 after it supported Russia’s war with Ukraine.

These sanctions prevent companies providing equipment or technical support to Russian oil companies, as well as potential transactions. However, Deutsche Bank TCA was involved in 47 transactions totalling over $430 Million to and from Surgutneftegas between March and May 2015.

Deutsche Bank’s Russian involvement does not end there, the investigation by ICIJ found that the global bank had transferred more than $11 Billion between 2003 and 2017 for companies associated with Oleg Deripaska, who is a close ally of Vladamir Putin and Russian billionaire.

When asked to comment on the investigation and leak, Deutsche Bank declined to comment on individual SARs and told Buzzfeed News that the bank “worked and still work constructively together with the authorities”. A spokesperson added that the bank had invested “almost $1Billion in improved controls, trainings and operational processes”.  Deutsche Bank described how it had “increased its anti-financial crime team to over 1,500 people” and will continue to increase the number further. It added: “We are a different bank now”.

America’s largest bank, JPMorgan has also been implicated in the FinCEN leak. NBC News reports that the bank cleared transactions originating from laundered funds from companies in North Korea.

Despite international sanctions, the FinCEN documents reveal that over $174.8 Million was laundered over a period of several years through JPMorgan Chase and the Bank of New York Mellon.

Speaking to NBC News, Eric Lorber, a former Treasury Department official who was assigned to work on North Korean sanctions under the Trump administration said: “Taken as a whole, you have what really, frankly, looks like a concerted attack by North Koreans to access the US financial system over an extended period of time through multiple different avenues in ways that were fairly sophisticated”.

JPMorgan’s dealings with Paul Manafort, President Trump’s 2016 campaign chairman have also come under scrutiny. It’s believed that the bank had submitted at least eight SARs on banking activity connected to Manafort. It’s alleged that the bank moved money for Manafort to shell companies as recently as September 2017, after he resigned from the campaign amid money laundering and corruption allegations and ties to a pro-Russian political party in Ukraine.

JPMorgan has also come under fire after it emerged that the bank processed more than $1 Billion for the mastermind at the centre of the Malaysia 1MDB scandal. Speaking to the ICIJ, a spokesperson for JPMorgan said it was legally prohibited from discussing clients or transactions but had taken a “leadership role” in pursuing “proactive intelligence-led investigations”.

In a statement to Bloomberg, the bank said: “We report suspicious activity to the government so that law enforcement can combat financial crime”.

Allegations in the FinCEN papers reveal that international bank, Standard Chartered, which mainly operates in Asia, Middle East and Africa was involved in transactions between a Dubai-based company with ties to the Taliban.

Standard Chartered continued working with Arab Bank despite a major lawsuit brought by the US against the Jordanian bank. It continued its relationship with the bank even after it was put on notice by American authorities that it must stop processing transactions for “suspect clients”.

In 2012, regulators also concluded that Standard Chartered had “schemed with the Government of Iran” for almost ten years, amounting to $250 Billion in secret transactions and collecting “hundreds of millions of dollars in fees”. As a result of these revelations, Standard Chartered was fined nearly $670 Million in a deal with New York and US authorities.

The FinCEN documents reveal that despite its dealings with US authorities and significant fines, Standard Chartered processed 2,055 transactions amounting to more than $24 Million for Arab Bank customers over a year-long period from September 2013 to September 2014.

In a statement, the bank said: “We take our responsibility to fight financial crime extremely seriously and have invested substantially in our compliance programmes” and added: “Our monitoring and investigations work has contributed to the conviction of criminals and our efforts have been recognised by law enforcement in multiple jurisdictions”.

London-based HSBC has also been implicated in the leak. In 2012 the bank admitted it had laundered $881 million for Latin American drug cartels, and paid more than $1.9 Billion to prosecutors in fines.

In spite of the bank’s pledges to “stem dirty money”, these documents reveal the bank continued to transfer money for suspicious individuals including Russian money launderers and a global Ponzi scheme.

In a statement, the bank said these allegations were “historic” and said it had since “embarked on a multi-year journey to overhaul its ability to combat financial crime” and added it was a “much safer institution than it was in 2012”.

The Bank of New York Mellon has been accused of transferring more than $1.3 Billion between 1997 and 2016 to Russian billionaire Oleg Deripaska.

Similarly, BNY Mellon is accused of transferring funds for Ukranian oligarch Dmytro Firtash, wanted on criminal charges in the US. BNY Mellon in conjunction with the other banks named by ICIJ handed transactions for companies in Firtash’s control.

In a statement, BNY Mellon said it “takes its role in protecting the integrity of the global financial system seriously, including filing Suspicious Activity Reports. As a trusted member of the international banking community, we fully comply with all applicable laws and regulations, and assist authorities in the important work they do.”